The last time I heard from Michael H. Shamberg was by email on 5 March 2009:

so nice to hear from you! thought about you last week.

am in baltimore seeing doctors trying to get better and still need help.

play again. even at a loss there is a gain!

hope you and family are well. still work with the printer off goodge?

stop in to the italian? say hi.

The first time I “met” him was in 2006, also by email. I can’t find that email but it went something like this:

“I love the work you do, we must meet, bests, Michael”

I googled Michael Shamberg and I found two:

One Michael Shamberg was (is) a film producer who produced Pulp Fiction, Get Shorty, Matilda, A Fish Called Wanda, Erin Brockovich etc. I was very excited, I couldn’t understand what work of mine he could have loved but I had made a short film about cycling into a canal in Amsterdam.

I replied and we arranged to meet in Soho. He was the other Shamberg and I was so grateful he was the one who I would meet and become friends with.

We met up often, we would talk and walk around Soho. Everybody loved him. He suffered from progressive neurological disease and when I knew him he was not well, he had difficulties talking and tired quickly. He had been a music video producer in the 1980s and was known for having produced many of New Order’s videos including “True Faith” and “Blue Monday”. He was a very generous person and spent a lot of his energy helping artists, he wanted to bring emerging and more established artists (by artists he meant creative people) together in “Turtle Salons” .

The website his still there as he left it:

I often think of him, I didn’t know him for long but he was an important teacher. He was so important to so many people and loved connecting people. At the time he was working on the first “Turtle Salon” at the Chelsea Space and I helped him print the little folded leaflet and also organise for t-shirts to be printed.

The printer he mentions in the email was Perry, he had a print shop called CMYK. I met Perry for the first time when we were looking for somewhere to print the Turtle Salon leaflets. I became good friends with Perry, I did many print jobs through him and he printed my art projects cheaply. We got along very well and worked very well together. He got ill really quickly, brain tumour. I visited him often in hospital. When he was better, I helped him tidy up his print shop (it was a real mess). We talked about me joining the business as he would need help. I phoned him at the shop one day: “Perry!” “This is Perry’s father, I am sorry but I have to tell you that he passed away last night”.

I have an alter ego artist called Herzog Dellafiore and I wanted to film myself interviewing him. I need an actor to play Herzog. At Amelia’s I had met a Hollywood actor, I can’t remember his name but he played the bad guy in “The Mask of Zorro”. Actually, I can google and find out, just one sec … Stuart Wilson.

He lived in Norfolk, we got on well, I told him about my project and he said that he was up for playing Herzog in my video. At the time I believed he meant it.

Anyway, when I got in touch with Stuart Wilson again, he was in LA and I managed to get his number and phone him. I had to go through a screening process and I eventually managed to talk to him:“How did you get this number? Who are you? Ah, yes I remember, sorry I can’t , I’m not in the UK”

I had the Purple Turtle cafe in Camden booked (do you remember Big Danny who visited me with Becky in Madrid), I had two Swedish art students who were introduced to me by Michael who would pretend to be curator /gallerists Malin Stål and her friend Anita, I would be Daniel Devlin, but no Herzog Dellafiore.

Michael Shamberg asks me if Herzog could be a woman.

“would you consider a woman?! maxine peake has the right spunk, and if

She comes to my place, we run through the script I had prepared and the she said pick me up on the day. I picked her up by Taxi and during the ride she asked me about Formalism, Greenberg, Benjamin Péret and Lucy Lippard.

I had borrowed a proper camera but didn’t know how to use it and didn’t press record so it was only filmed with a rubbish cheap DV camera. I’m looking back at the video and it’s really rubbish but I love it. 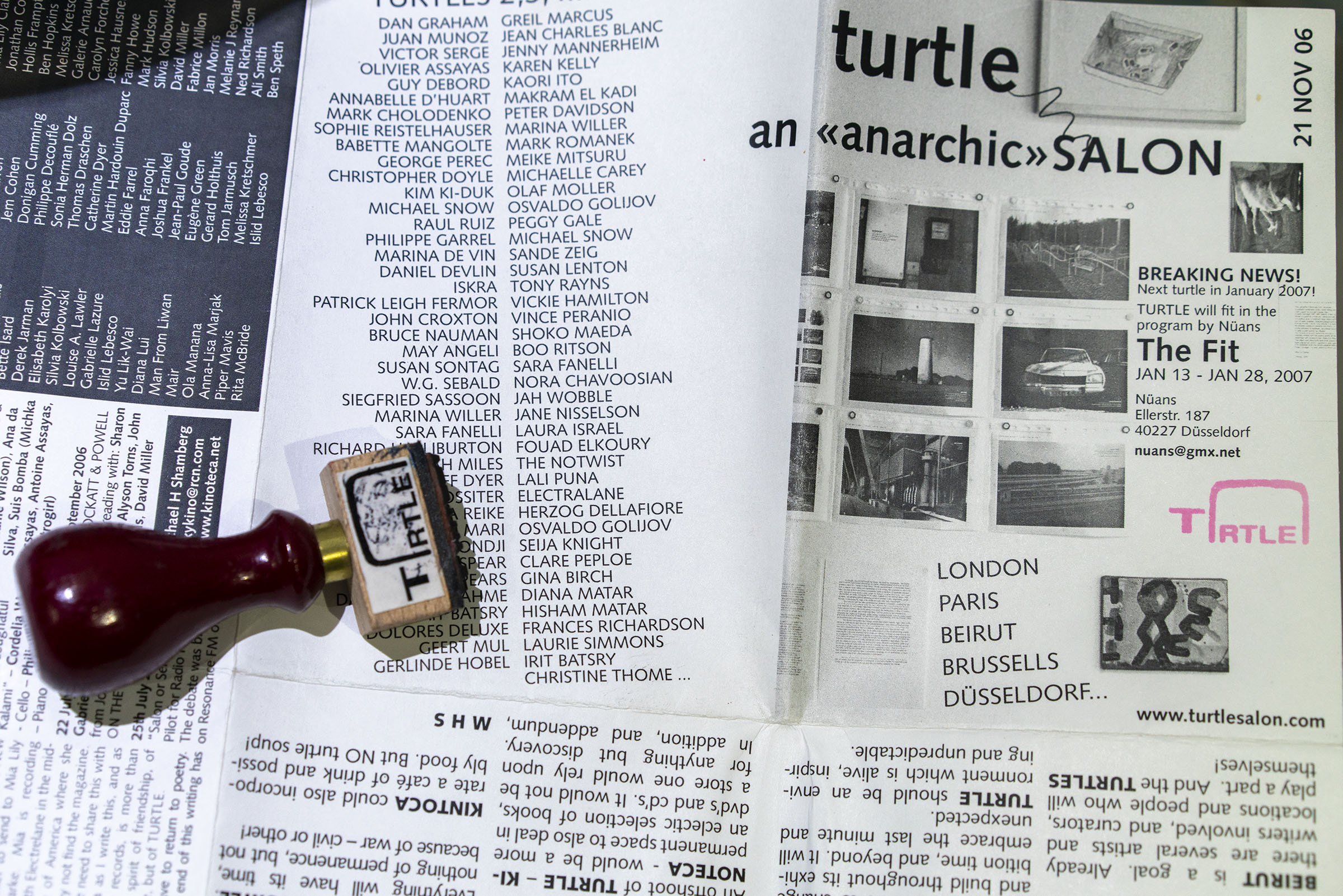