Lucia’s step father was Richard Booth, the guy who made Hay-on-Wye become the capital of second-hand book selling and eventually led to the Hay festival.

Hay-on-Wye is on the border between Wales and England and in the 70s he proclaimed Hay an “independent kingdom” with himself as king Richard Cœur de Livre and his horse as Prime Minister and passports were issued.

In the early 90s he set up the village of Montolieu (near Carcassonne) to become a “village du Livre” and that is where Lucia, Grant and I started the restaurant “Le Café du Livre”.

I can’t remember when he gave me this Chicano publication, if it was when we visited Hay while I still was at Reading University or later but he gave it to me and said “this is interesting, you should do something like that”.

This was before I knew I would be a graphic designer working in publishing and I never worked out if what he thought was interesting was the format of the publication or was it the Chicano movement.

The Chicano Movement, also referred to as El Movimiento, was a civil rights movement inspired by prior acts of resistance among people of Mexican descent, especially of Pachucos in the 1940s and 1950s, and the Black Power movement, that worked to embrace a Chicano/a identity and worldview that combated structural racism, encouraged cultural revitalization, and achieved community empowerment by rejecting assimilation.[ Prior to the Movement, Chicano/a was a classist term of derision, reclaimed only by some Pachucos who adopted it as an expression of defiance to Anglo-American society.As a result of the Movement, Chicanismo arose and Chicano/a was widely reclaimed in the 1960s and 1970s to express political autonomy, ethnic and cultural solidarity, and pride in being of Indigenous descent, diverging from the assimilationist Mexican-American identity.

Today, I while I was thinking how terrifying people like Trump, Putin, Johnson, Lukashenko, Bolsonaro and how racism and nastiness is slowly taking hold and was thinking about how in the 20s and 30s people in Germany and Italy were seeing people like Mussolini and Hitler gradually getting more and more power and before they thought of doing anything it was too late.

Then, I don’t know why, I started thinking about the Chicano movement and if I still had that publication, “no way, I haven’t seen it for years, I’m sure it’s lost’ I go to the Billy bookcase where I keep my art books and found it straight away.

Maybe, now when everything is digital and fades away, it would be cool to start something like this. 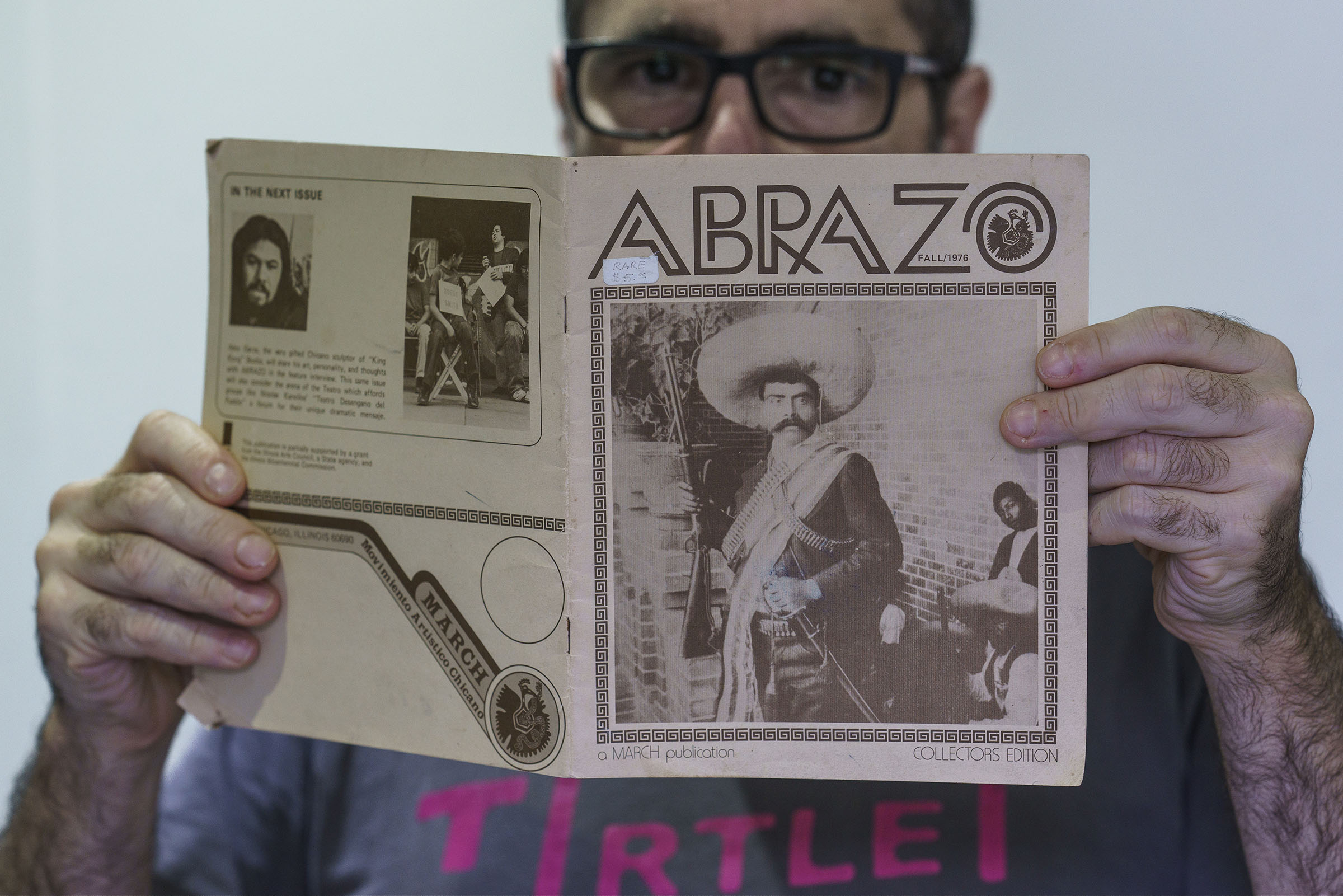