Today is self-portrait number 362. Things here have been pretty similar for the past three or four days: Katarina and Klara are ill (but not ill enough for us to need to worry) and isolating upstairs. I bring them food, hot drinks and medicine. Emil and I are living downstairs by the kitchen and the deal with Emil is that he can play video games all day apart from one hour of school work. Today, I asked him to empty the dishwasher. It would be easier to just do it myself but I think it’s good for him to learn to help out “you’re treating me like a slave, I have my rights”.

For Christmas I got a hair clipper / beard trimmer. I bought it on Amazon with Emil, the first thing we found was a groin hair trimmer called the “Lawn Mower 3”, Emil found this hilarious but we didn’t go for it. I finally got one (apparently a professional one) as a “lightning deal” for £22 instead of £50. I just checked and it’s now selling for £32.

This morning I thought that instead of shaving I could use my new trimmer on it’s shortest setting and have a kind of Clint Eastwood stubble. I could do this every couple of days instead of shaving. Then I thought I could try trimming the sides of my hair. I think it worked quite well. I tried doing the back of my head but that proved too difficult.

“Emil, can you do me a favour”

I explain what he has to do and he does it, I ask him if it’s looking good and he says, “great, can I go now?” I take a photo of the back of my head and it’s a disaster, tufts of irregular patches next to shaved parts. I call him back, this time I ask him to show me a photo after each step. The result is not great but almost acceptable. Emil advises me to only show the front of my head in my photos of the day.

Today, I baked a banana loaf using six large bananas instead of two. 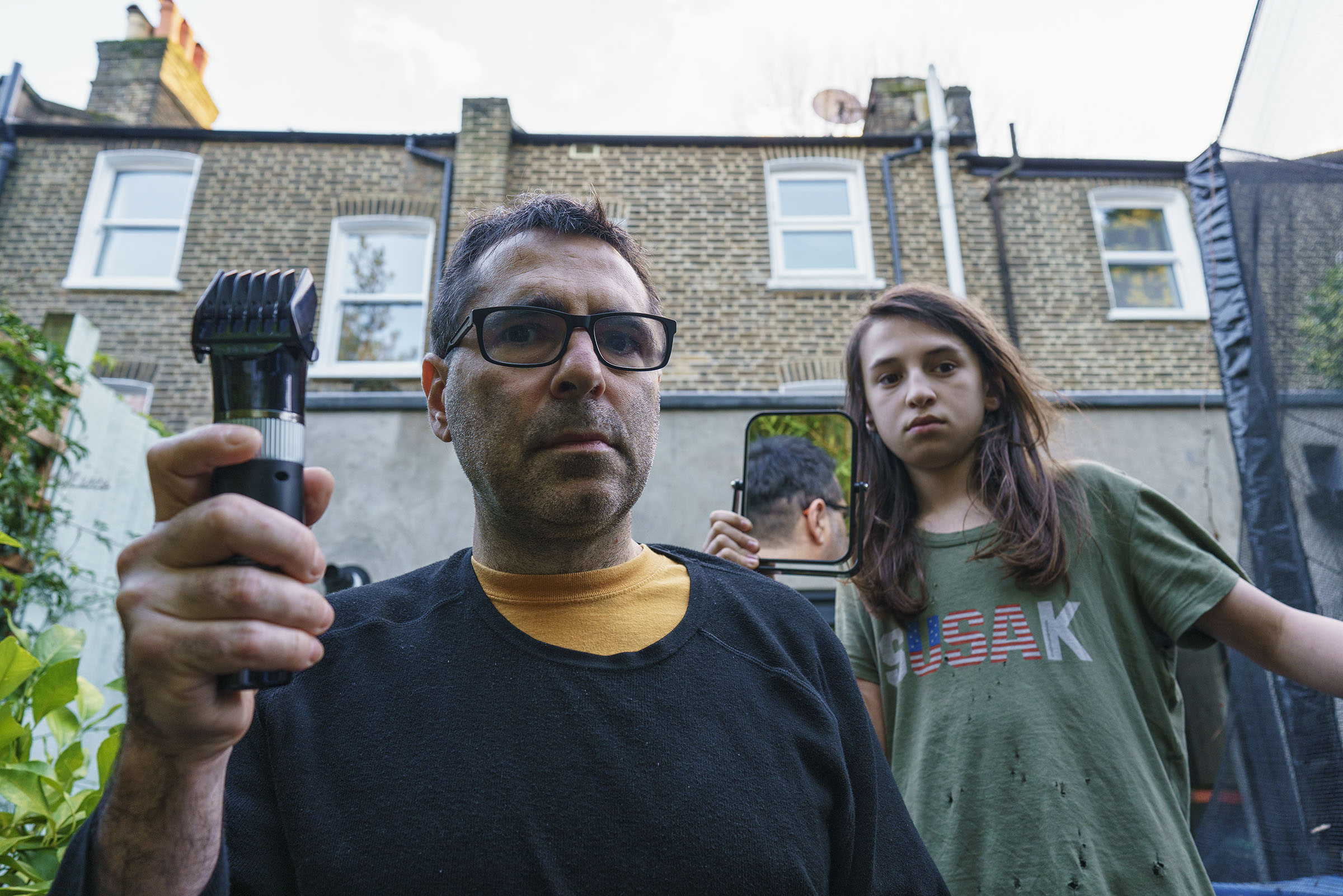