My first camera was given to me by my grandfather (Nonno) when I was about 8 years old and was a Rolleiflex type camera. I don’t know what happened to it. My next camera was a Kodak Instamatic, the film came in easy to load cartridges and we had to break them in order to develop them. I then started using my father’s SLR, an Asahi Pentax Spotmatic. These cameras don’t exist anymore but I have bought the same model of the Kodak Instamatic and the Spotmatic on eBay.

The first camera I actually bought was in 1987 when I was at university in Reading. I bought it from a second-hand camera shop, it was a Yashica and it cost £10. When I developed my first roll of film I realised that there was something seriously wrong with the camera: it leaked light everywhere and was pretty much useless. I can’t remember if I went back to the same shop or a different one but I was told that yes, my camera was useless but that the lens I had was a 5omm 1.4 and very good and on its own worth much more than the £10 I paid for the camera and lens. So I bought another second-hand Yashica body to go with that lens. A few years later, when that body stopped working, I bought a new Yashica body to go with that lens, and once more in the late nineties. I did eventually buy a wide angle lens but this 5omm 1.4 was pretty much the only lens I used for about 20 years.

I still have this lens, and I used it to take this photo. 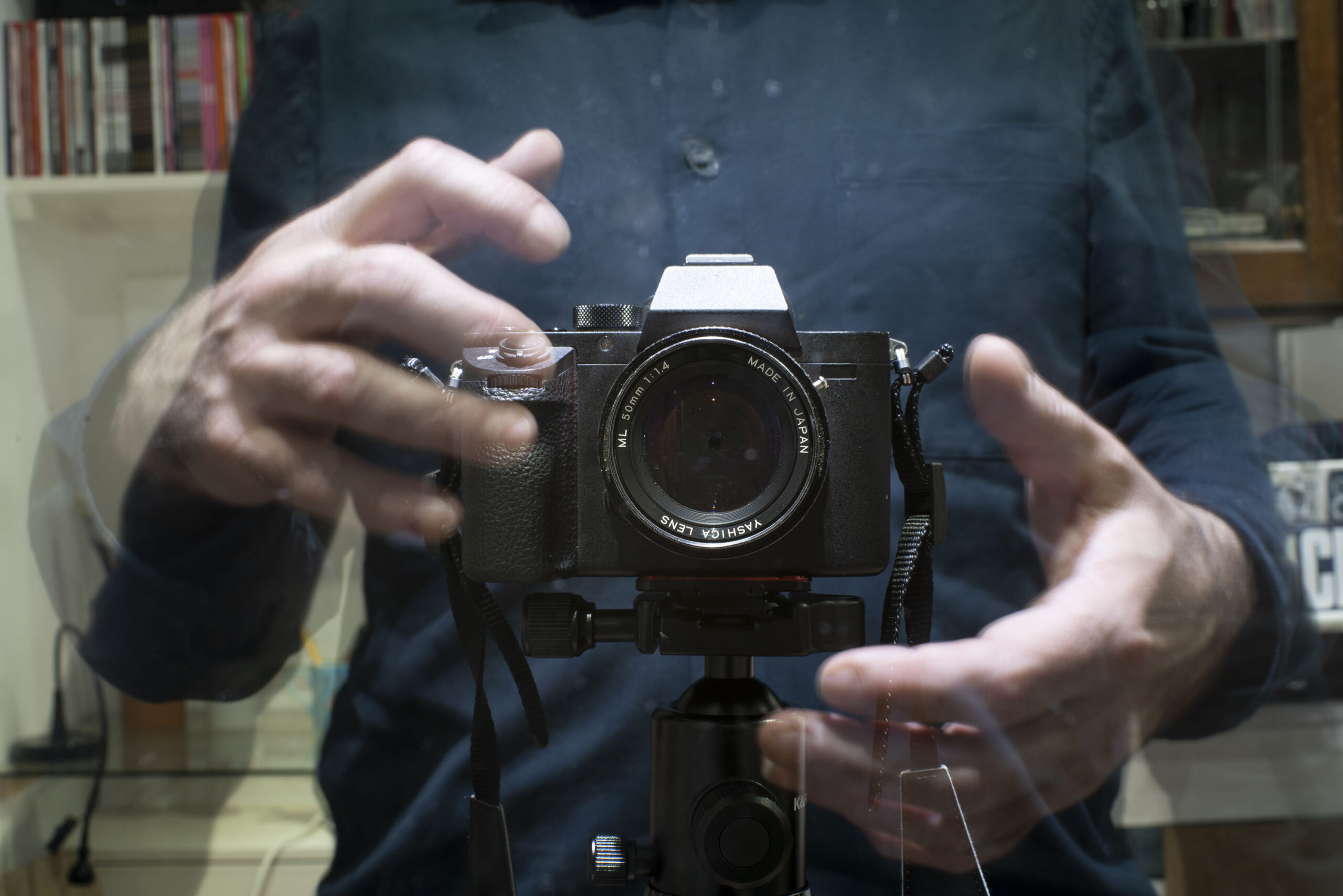