Here I am re-enacting Ai Wei Wei’s “Dropping a Han Dynasty Urn” with a much less valuable Ming plate.

How I got to own this plate is quite controversial and involves accusing a friend of theft. I had quite a clear recollection of the events but when I double checked with Grant he has given me new information which differs a bit with my version but sort of fits. Grant’s sister Amanda has no recollection of this and denies everything but she would as she is the person I am accusing of theft.

[Grant: YOU MUST accuse my sister of theft… of course.]

Anyway, I am going to tell the story as I remember it but add in brackets information or contradictions by Grant or Amanda.

It must have been around 1990 in Reading and it was when we lived in a house on London Road (just next door to the Turk’s Head) and Grant gave me a Ming bowl for my birthday.

[Grant: The (original) bowl comes from Ayutthaya which used to be the capital of Thailand until the mid C18th when it was destroyed by the Burmese. It is full of canals and a lot of porcelain etc was dumped there. When they dredged the canals they pulled up lots of this porcelain. We used to go there on day trips from Bangkok and buy bowls for not very much. I got your bowl there…]

It was the size and shape of an IKEA bowl and I used to eat my weetabix in it, it somehow felt really special to eat my breakfast in an antique Chinese bowl.

Then, (and this how I remember it) Grant’s sister, Amanda visits Grant in Reading, is shocked when she sees the Ming bowl in our kitchen sink, and steels it. She steals it with a clean conscience as she thinks she is saving it from destruction (a bit like the Brits stealing the Elgin Marbles).

[Amanda: Oh my… hilarious. Defo Mum as I never went to Reading! Although love using the bowl for cereal!!]

Grant tells me that his sister now has the bowl and that she is unwilling to return it so he gave me a Ming plate (which is the one photographed) as a replacement but I didn’t enjoy eating from it as the glaze had worn off in the middle.

[Grant: Hilarious… my my memory is different by essentially the same. I think when we were moving out of the London Road house I packed up your bowl with my bowls by mistake..I had a few too.  When We got home I noticed and told my sister for some reason ?? (bit of a blank here) However later when she lived in London I, on a visit to her, noticed she had your bowl… (how I remembered that it was yours I do not know) .. She claimed (with great twisted logic)  that I had stolen the bowl from you and so she had every right to steal it from me… I of course complained about this not being very correct and demanded your bowl back… The bowl then seems to have disappeared and she gave me this other bowl to compensate … but I do not know when? This second bowl is  also from Ayutthaya.. and they made plates like that without a glaze at the centre so they could stack bowls in the kiln]

[Grant: They are ming bowls but made for export to southeast asia so not super high quality… I think your memory of the story is better .. much better… but the original bowl remains a mystery ..]

[Amanda: Christ I have no recollection… I do remember the bowl however. But I think it was Mums?? Sorry I can’t be more helpful. But I wouldn’t worry about the story, it’s what we remember and create that’s interesting. Like why you would think l’d nick your bowl you bastard! 🤣 I  think he should stick to the story he thinks it is!! It’s his after-all. Certainly has my blessing! 😀] 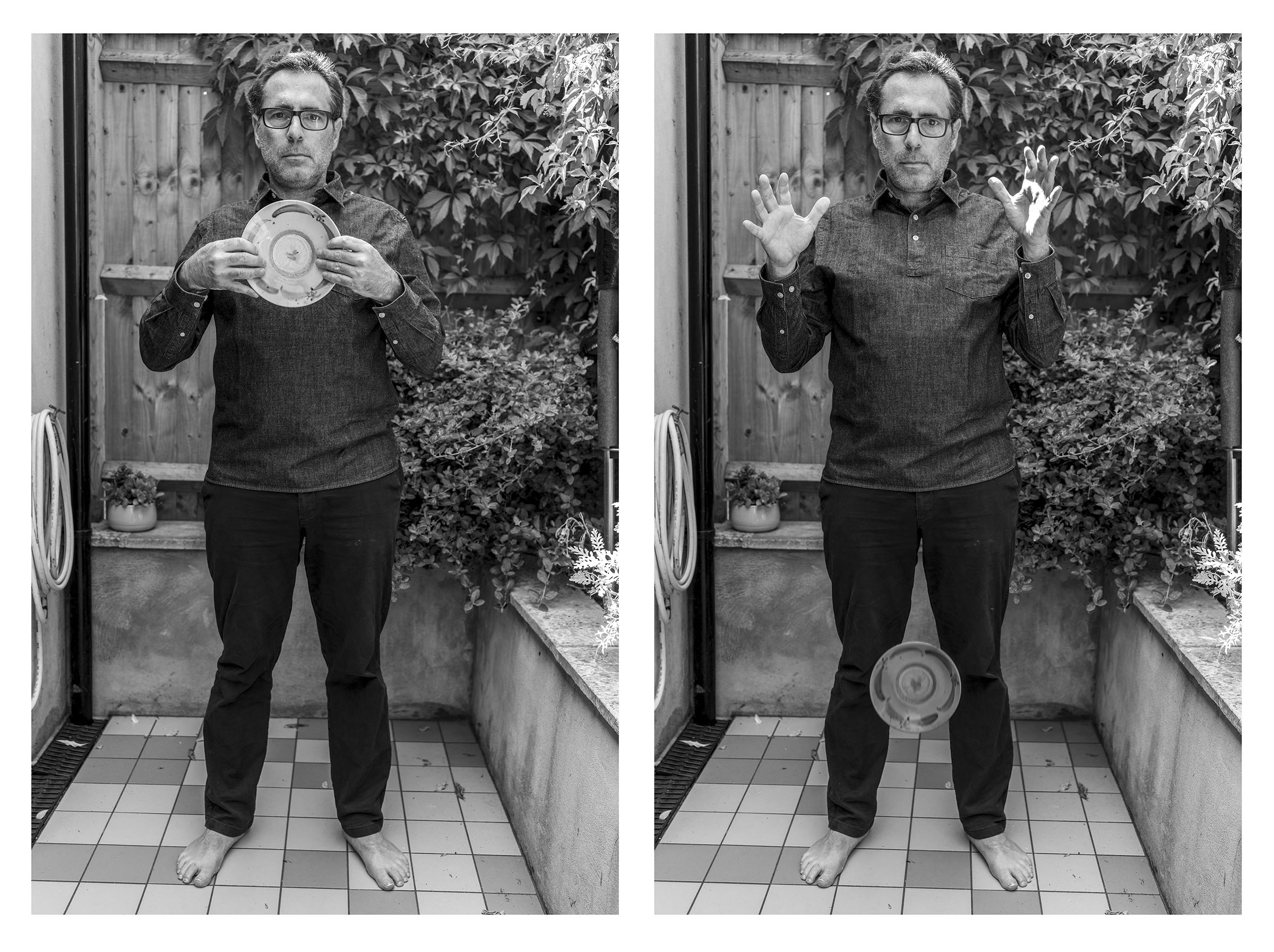