June 15th 1987 was a Monday like today. I was most probably in Reading and in my first year of my BA Fine Art degree at Reading University. I was renting a room (with a tiny kitchen space down the corridor) in a rundown building not far from Reading West train station.

It was a big house with about 10 flats and the owner (or caretaker) lived in a flat on the ground floor and collected the rent weekly. I thought he didn’t like me but when a group of people on the street complained to him about my car ruining the look of the street, he was on my side.

It was my first car, a Morris minor from 1964, I can’t believe I disrespected it like this but was only 19 at the time.

I bought the car a year earlier when I was on my foundation course at Chelsea. This too was a bit of a mistake. At the time I had a perfectly good motorbike I bought with money I had earned working for a car rental company in Rome.

I am just about to start on another tangent and I fear I might never get to where I am hoping to get.

The summer before starting at Chelsea I worked at the head office of a car rental company. Our next-door neighbour was its director and he organised for me to have that summer job.

I remember really enjoying working there. The people I worked with were so much fun.

I remember the melanzane all parmigiana in the canteen.

I remember getting the the telex machine tape all tangled up.

I remember feeling really proud when the people at the bar close to the office recognise me and started preparing my coffee when I was still queuing to pay for it.

I remember many of the men in the office boasting (and probably lying) about their many sexual experiences. I kept mostly quiet about that because the few experiences I had were nothing compared to those amazing exploits and also because I wasn’t the kind of person who would talk about these things but I remember the girls in the office saying that they didn’t believe their stories and saying “look at Daniel, he doesn’t boast about these things because he’s a gentleman but he’s a dark horse”. I wasn’t a dark horse but I liked that they thought that.

Back to London. I really enjoyed working there, I enjoyed the pay cheques too and when they asked me to stay, I was tempted but no.

So I bought a motorbike, a Honda 125 or was it 100 (anyway, a motorbike and not a moped and the biggest engine size you could ride without requiring a license but with L plates) and I remember going to a motorbike shop in Wandsworth, and buying it for £600.

Once I bought it I ask the seller, how does it work? he was a bit surprised but spent five minutes showing me the basics and how to change gears. I rode it for a couple of hours and remember people shouting at me. I eventually got the hang of it and found myself lost  somewhere in London. My halls of residence were in Battersea so I managed to eventually find the river and then followed it to Albert Bridge.

Anyway, I started learning to drive and my friend and I went halves on this Morris Minor (we bought it from a priest and I remember it costing £300), I would practice driving with my friend as he had a drivers license. Once I got my license I was so desperate to have a car that I swapped my perfectly good motorbike for the other half of the car. How I thought this made sense baffles me. A few months later it didn’t pass its MOT as most of the undercarriage was rusted. I spent a fortune getting a guy at a scrap yard called Garry Kennedy to make it pass its MOT.

I wanted to write about my fear of police, the times I got stripped searched coming into the UK, the scary time I got mistreated by the French customs but I’m bored and I’m hungry.

Actually, I’ll write about it but I’ll make it quick.

From the age of 18 until I was 25 I was really paranoid about the police and it didn’t help that I had long hair and a hippy painted car. Every time I would see a police car in my mirror, I would freeze with fear, my heart would start beating fast and I would take the next left.

I was always stopped and searched at borders: I was strip searched twice. After one strip search I asked why did they pick me? And he said it was because I seemed very eager to get through.

Once I was coming back from an art college trip to Amsterdam, at the border between Belgium and France, the bus was stopped and they picked 5 people to get out of the bus and have their luggage searched. There was one tutor and of course I was one of them. I felt safe as I obviously didn’t have anything illegal ( I always got stopped so it would be crazy to) and there were a few of us. Then the guard says “You can go now” and then to me, “not you”. I had to stay behind on my own and they went through everything, I pretended not to understand French and they were being quite rude about me. I had a teach yourself Spanish book and they asked why I was learning Spanish, is it because I wanted to go to South America? really? I had a travel chess set and they dropped it on the floor and I had to pick up the pieces, one of the guards went to the other room, the nastier of the guards kept on searching “I’m sure this fucker is hiding something”. They eventually let me go but I remember being scared as the nastier guy seemed like the kind of person who could plant me with something and with no witnesses. This was unlike the British customs officers who were always polite with me “sir, would you mind taking taking you trousers and pants off and bending please?”. I never feared they would plant me with something. Although now, a country who elected Boris Johnson …

I have many more of these experiences but I would like to end with the time it finally stopped: I was at an airport travelling with my sister. We were going through security and the security guy says “would you come with me, we would like to search you”, I go towards him and he says, “not you sir, you!” pointing at my sister. My sister was shocked, I was the one that always got searched. 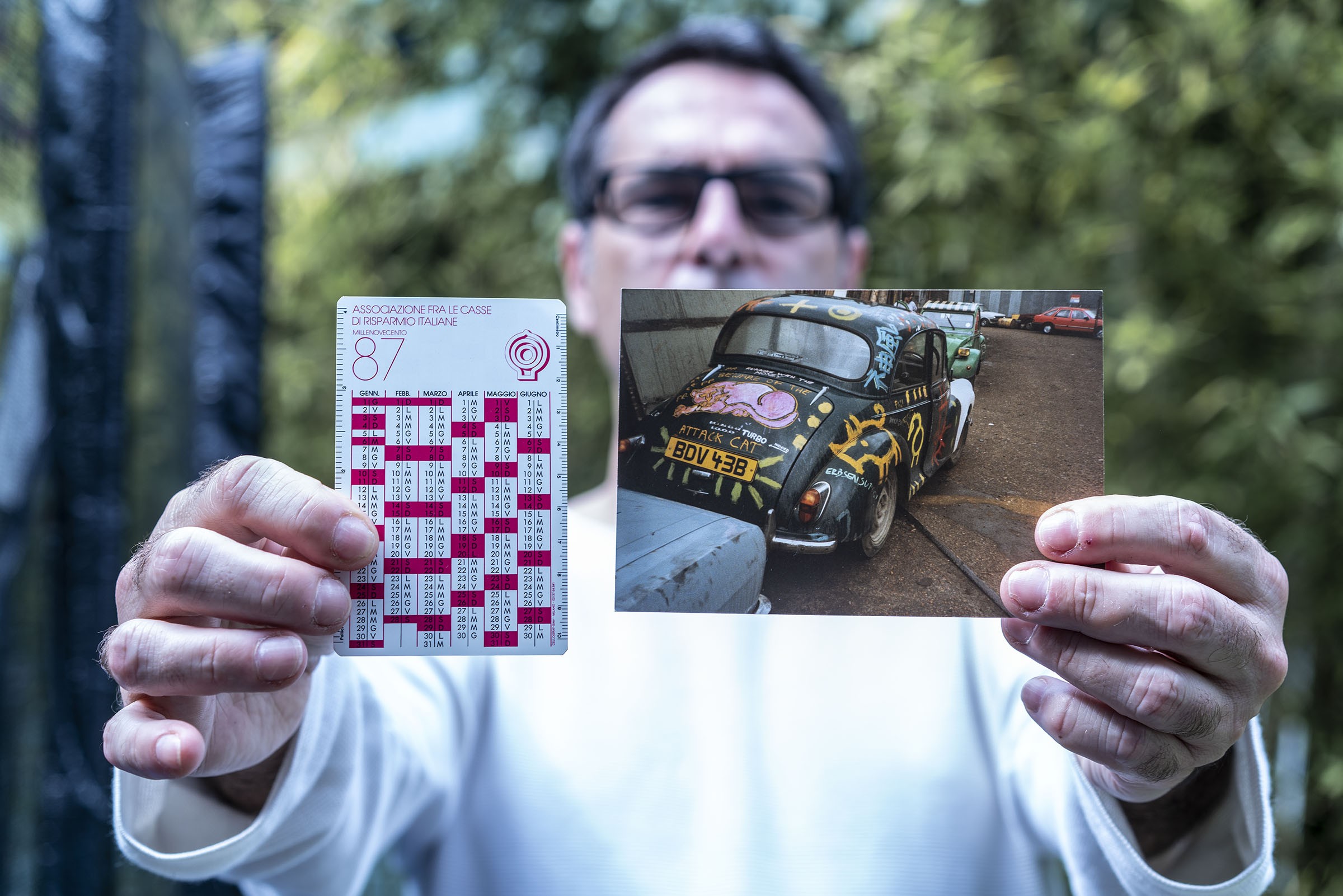